The Concordia University Wisconsin Kammerchor, under the direction of Dr. Alexa Doebele, recently returned from a memorable tour to Italy. 41 students made the journey from Mequon, Wisconsin for the 10-day/8-night tour. The tour had overnights in Rome, Florence and Venice, along with visits to other cities such as Lucca, Siena and Verona. None of the students had been to Italy before, and it didn’t take long for them to realize they were on the trip of a lifetime.

A highlight of the tour happened one of the first days when the choir sang during Mass at St. Peter’s Basilica. As is customary during this year of Jubilee, as well as during Lent, there were several hundred in attendance at Mass. The choir marveled at the sheer size of the basilica, which is the largest church in the world. 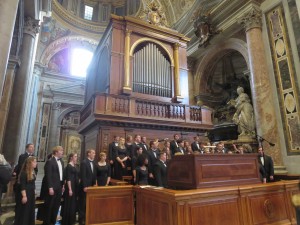 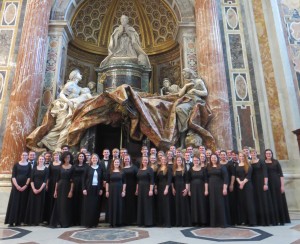 In addition to a final Mass at St. Mark’s Basilica in Venice, the choir also performed promoted concerts to appreciative audiences in Rome (San Lorenzo in Lucina Church), Florence (Santa Trinita Church), and Siena (San Vigilio Church). They performed a 90-minute program of music from the United States and Italy, including works by Verdi, Gabrieli and Rossini. 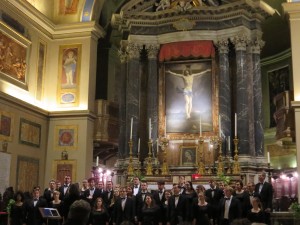 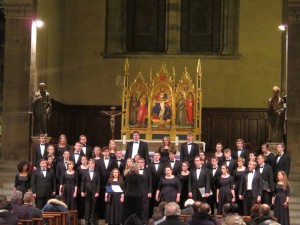 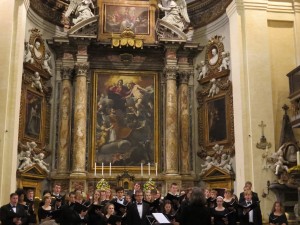 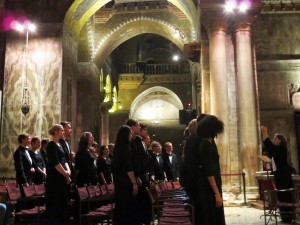 During a guided tour of Rome, the choir quieted the crowd with an impromptu performance as they “flashmobbed” the Pantheon, as one student put it.

This group enjoyed themselves no matter where they were, no matter what they were doing. A flat tire on the way to Florence and unplanned stop at a highway service station?…an opportunity to brush up on volleyball and euchre skills. A request from restaurant staff to hear the group sing following a post-concert dinner?…a rousing rendition of Moses Hogan’s spiritual “I Can Tell The World” from the cheeriest choir you’ve ever seen in your life.

Rumor has it that some of the Concordia students are now considering studying abroad in Italy. It’s our hope those coins thrown in the Trevi Fountain do the trick and ensure their return to Italy someday.